The COVID-19 pandemic has set in motion an unprecedented economic downturn. It has also exposed the deep failings of our housing system. Even before the pandemic, over 40 million U.S. households had to spend over 30 percent of their income on housing, and half a million people were unhoused. Less than one percent of housing is both affordable and accessible to people living with disabilities. Women of color suffer the highest eviction rates and cost burden, and Black and Indigenous people face the highest rates of homelessness.

At a time when having a stable home is essential in order to protect public health and personal safety, we cannot risk anyone losing their home. This health and economic crisis will cause severe displacement and lasting instability, unless our communities take bold action. We must ensure public money goes towards building a more equitable and just housing system, rather than towards corporate bailouts. Our response and recovery must advance lasting solutions: expanding social housing that is protected from the private market, protecting renters and homeowners alike from displacement, and strengthening fair housing to address centuries of racist housing and land policies. 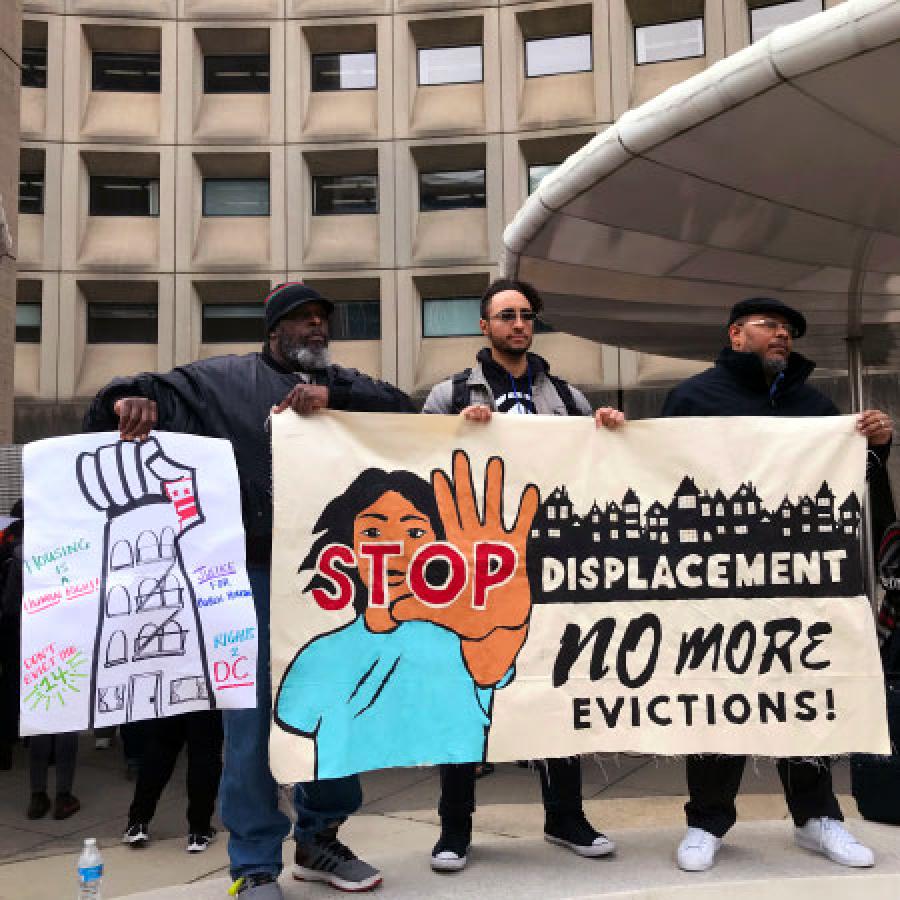 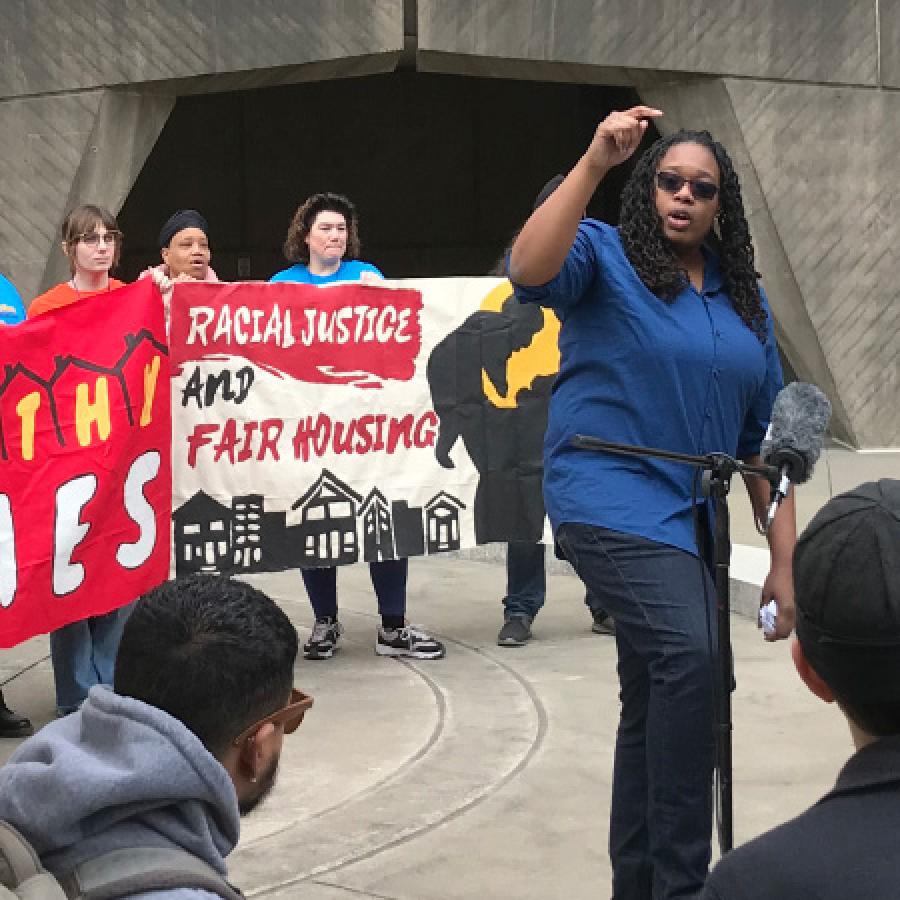 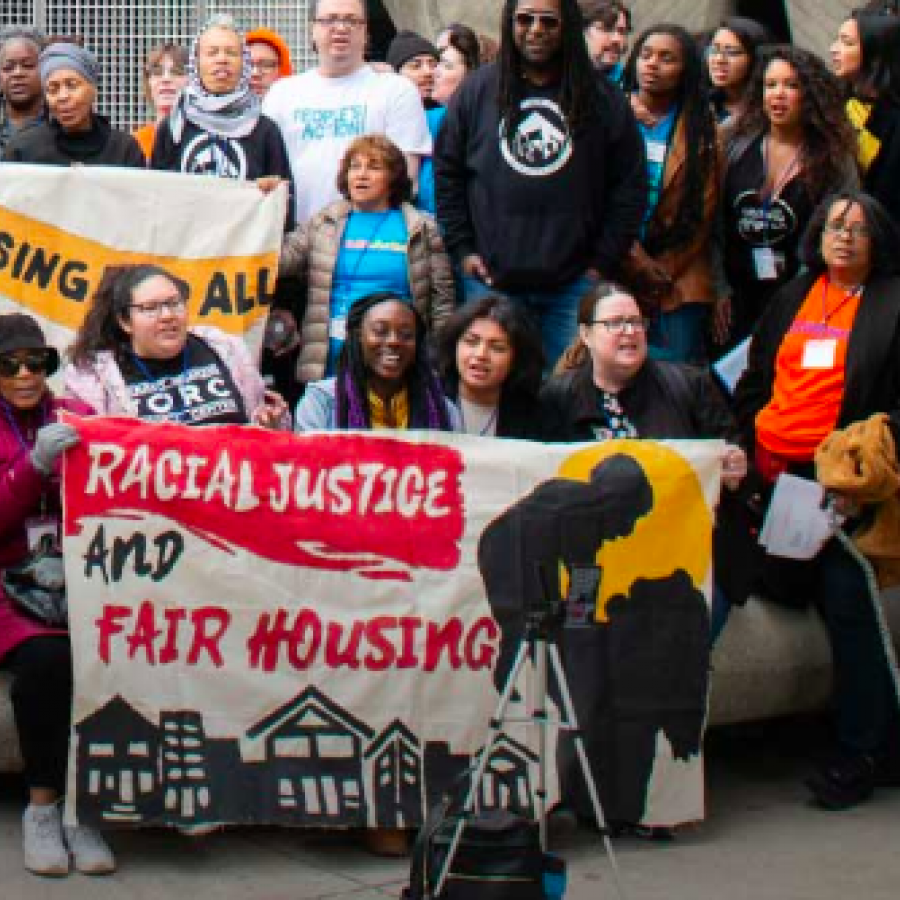 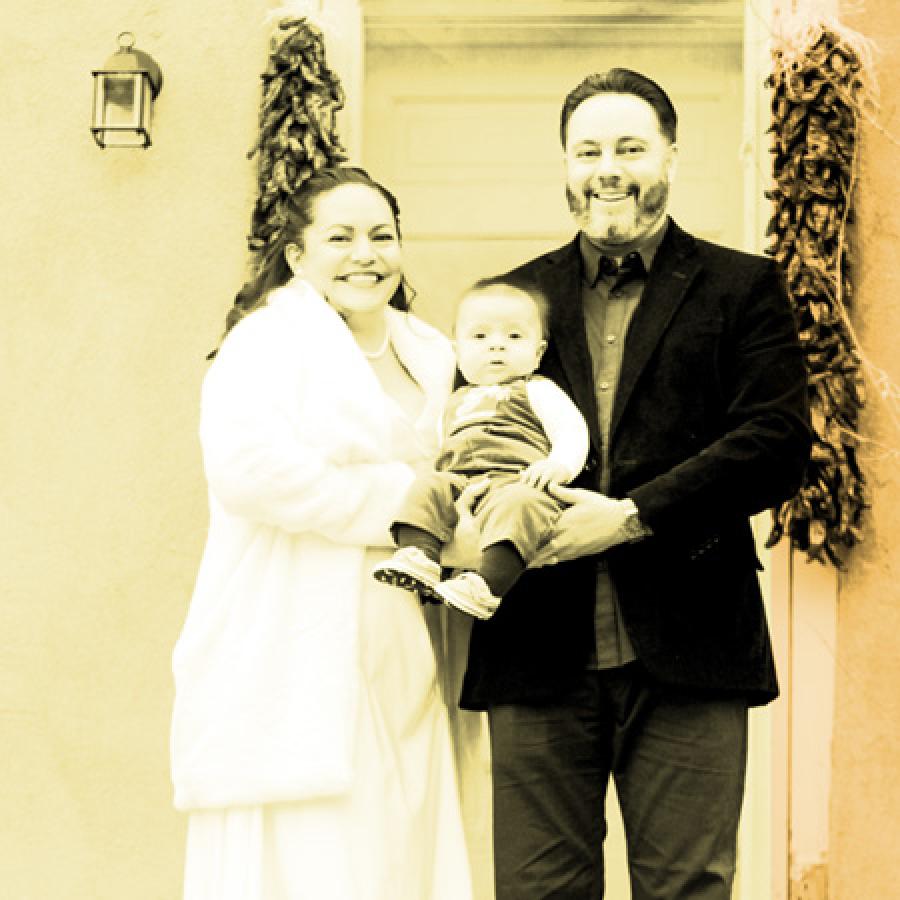 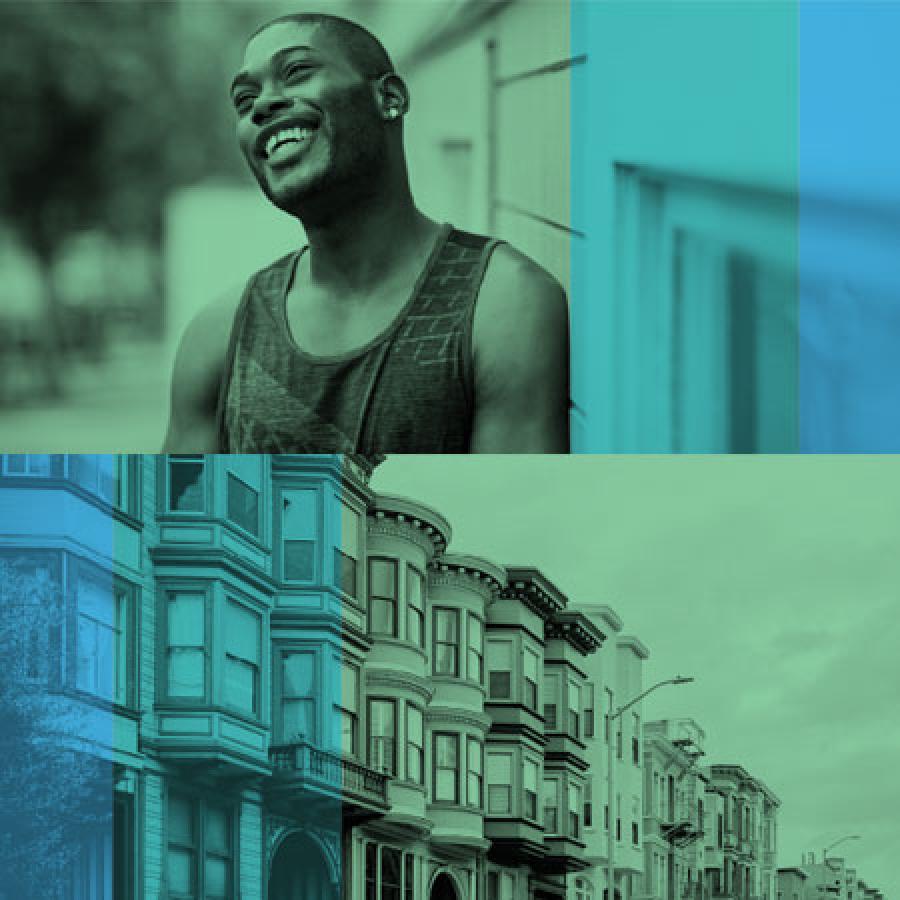 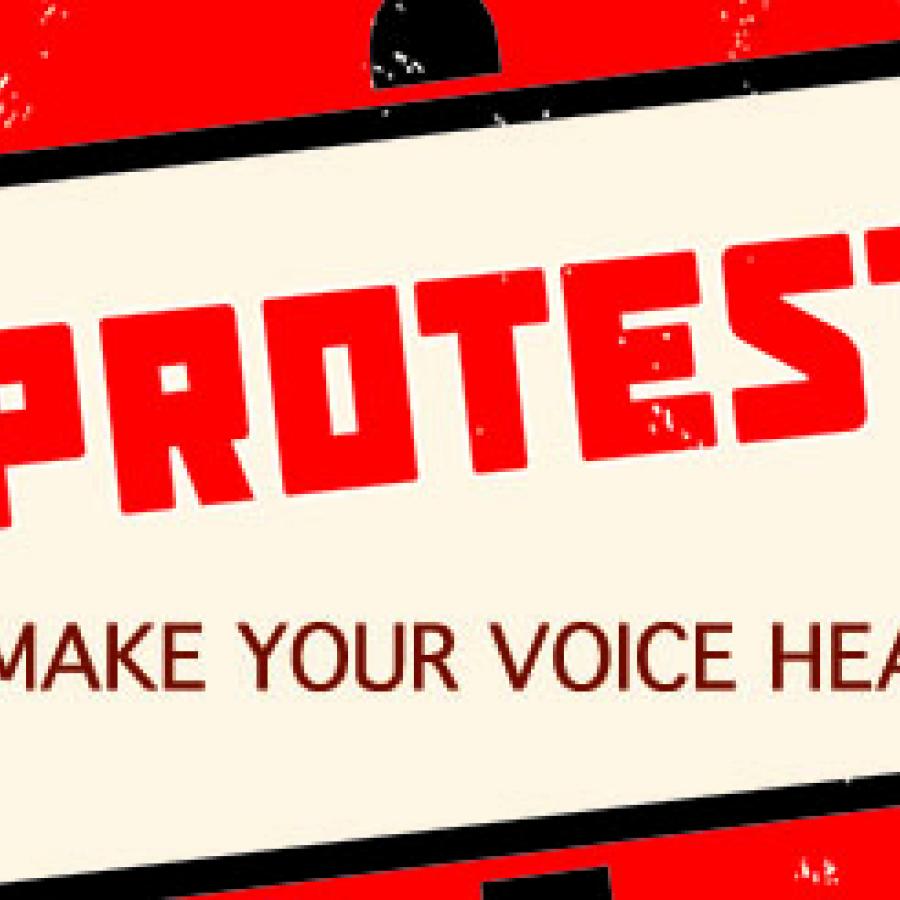 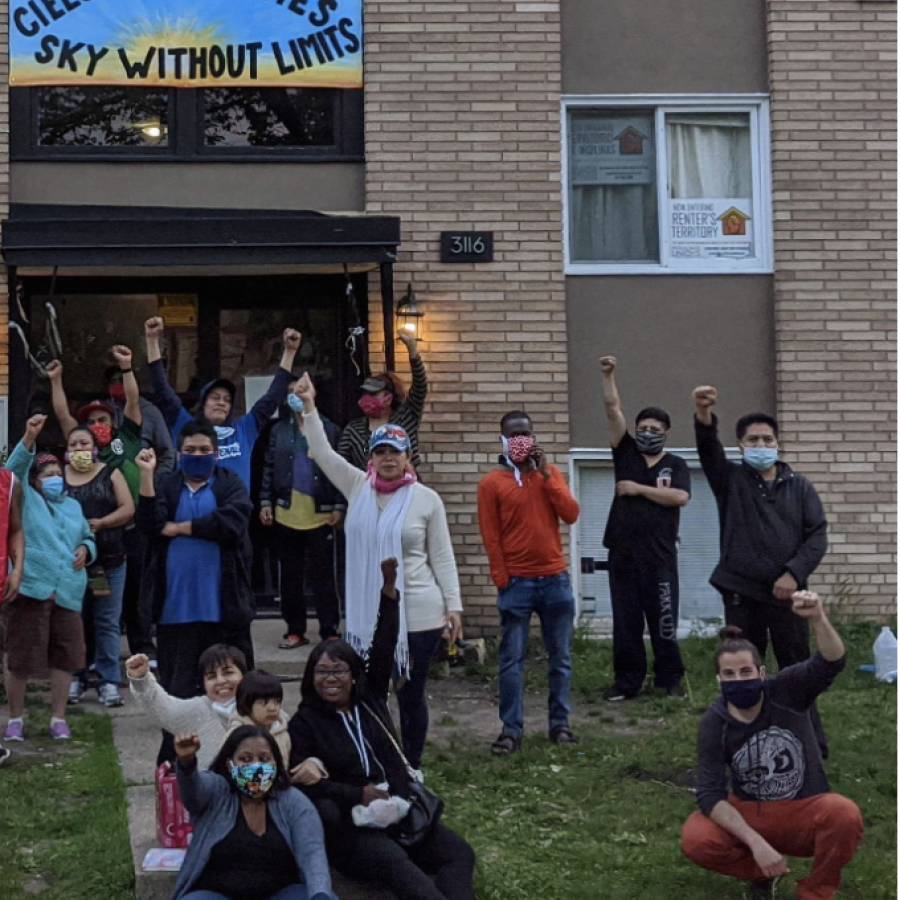 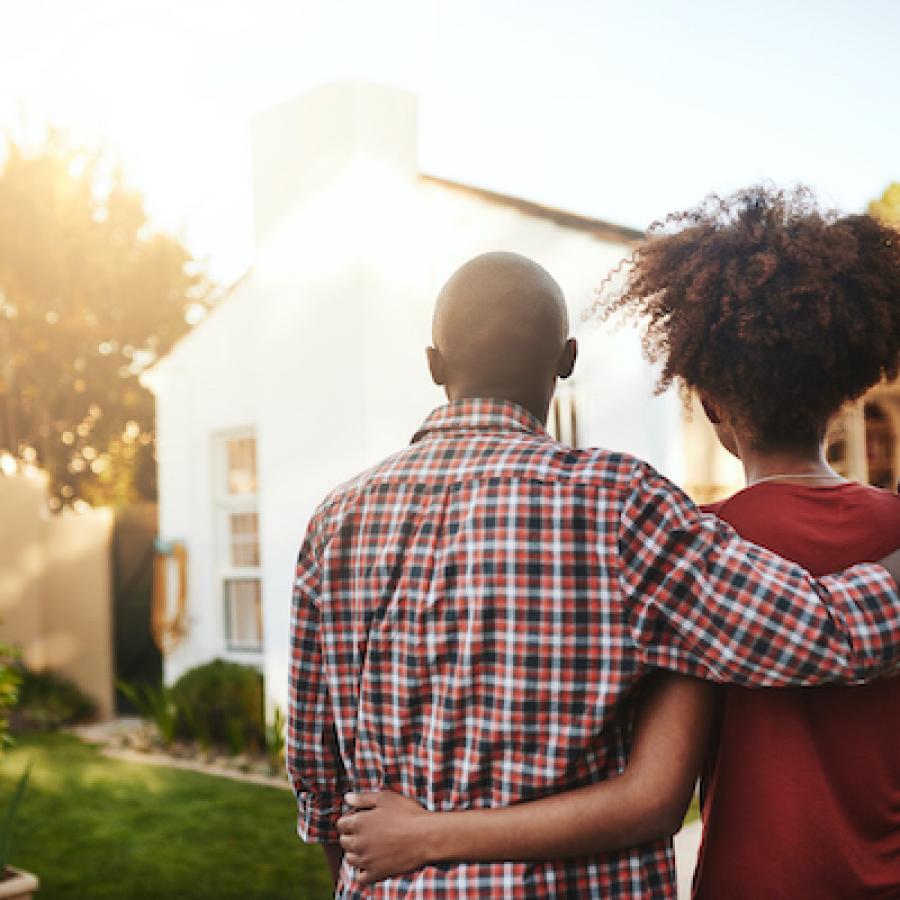 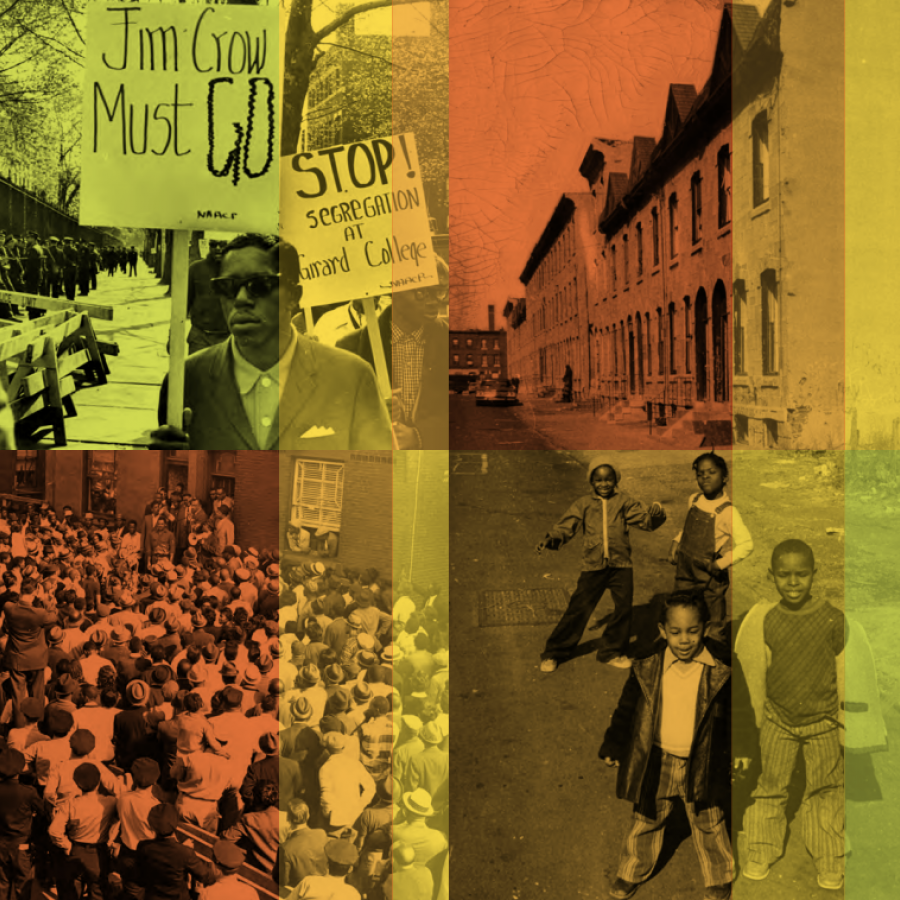 Our Homes, Our Health is a collaborative initiative of the National Housing Justice Grassroots Table, including the Center for Popular Democracy, Partnership for Working Families, People’s Action, and the Right to the City Alliance. Powered by PolicyLink with support from the Alliance for Housing Justice. 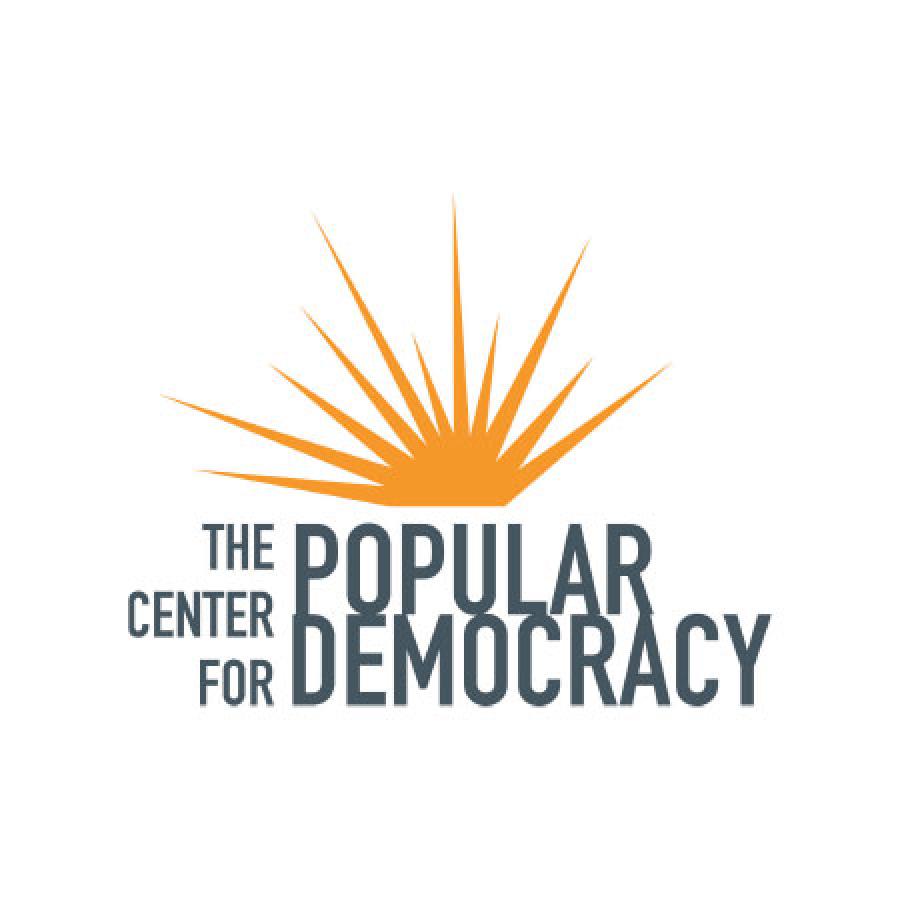 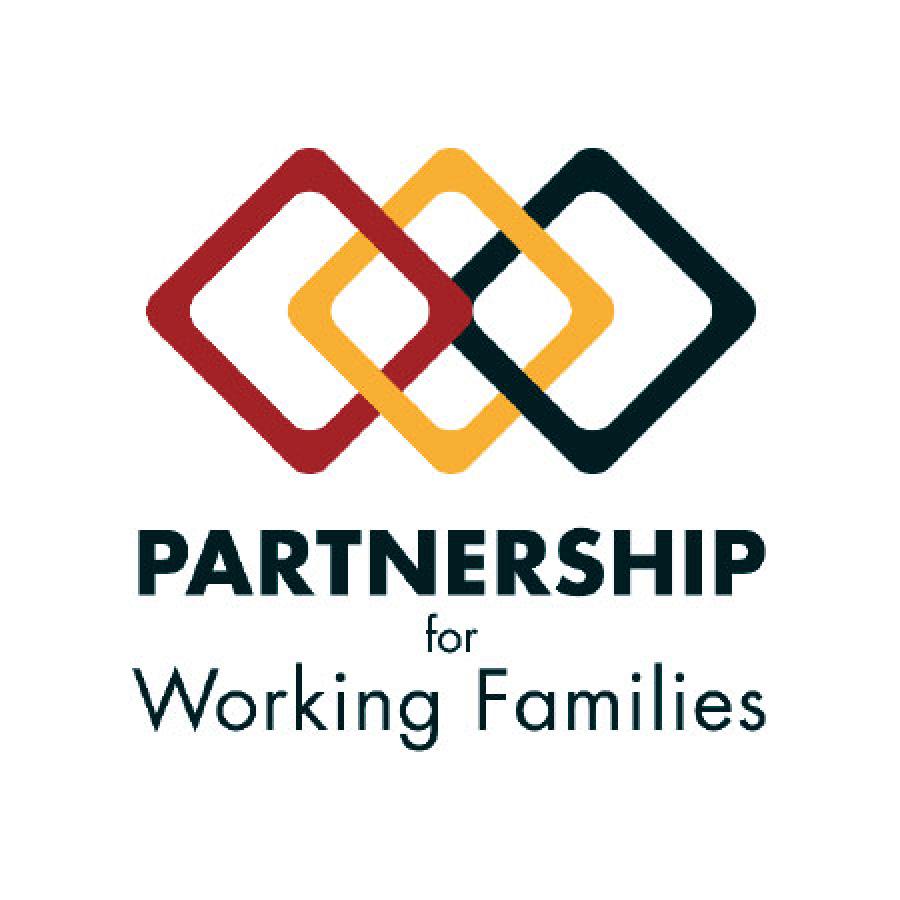 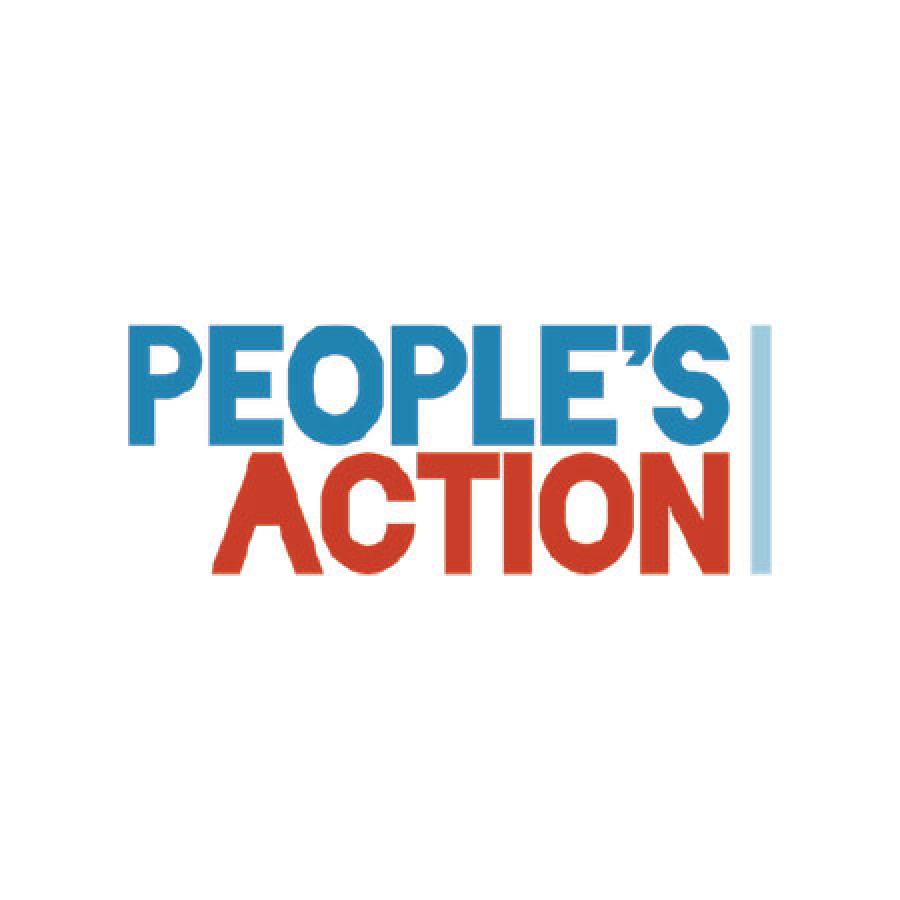 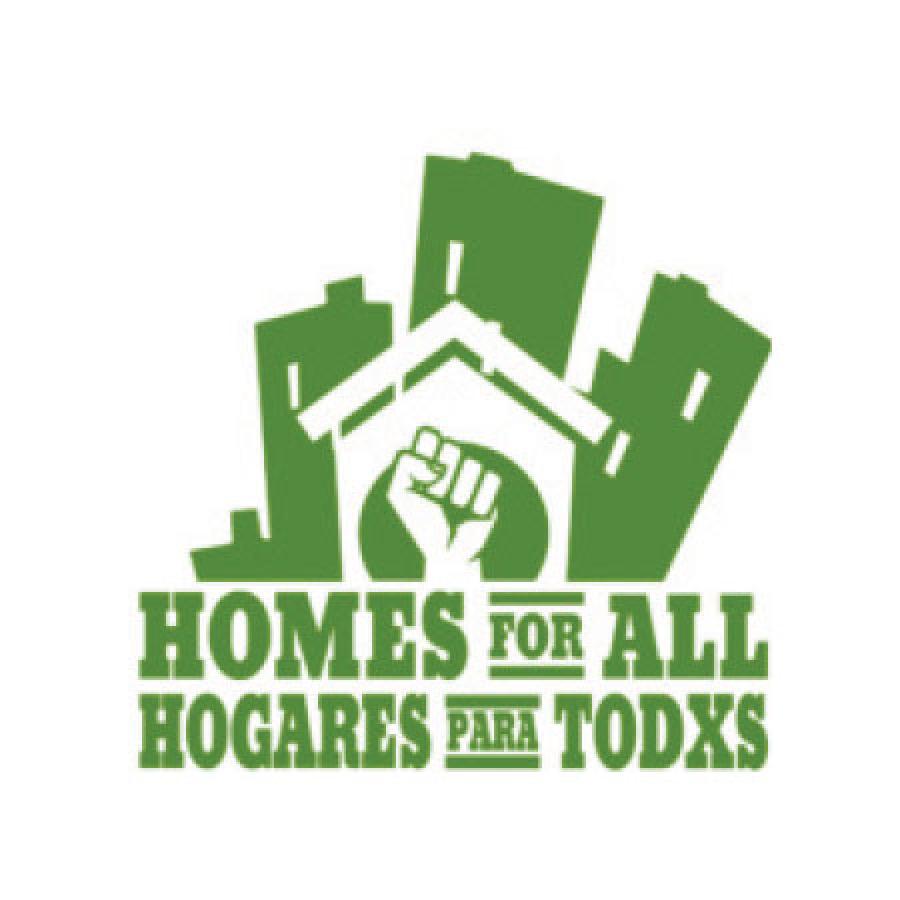 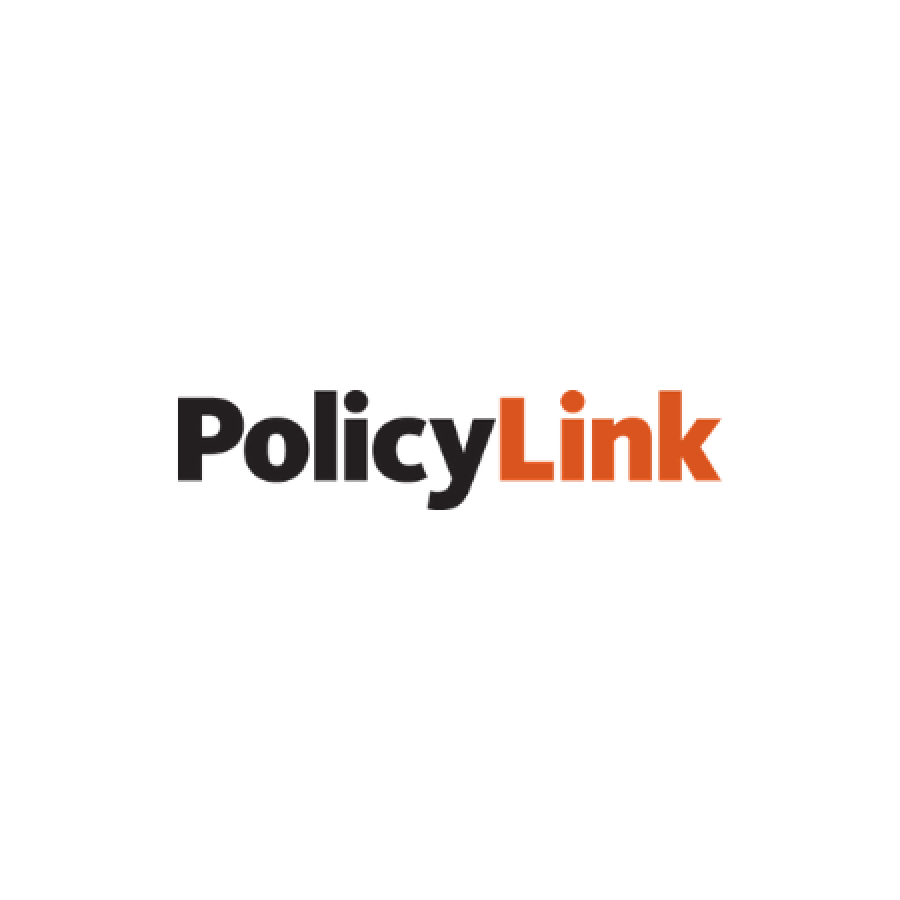 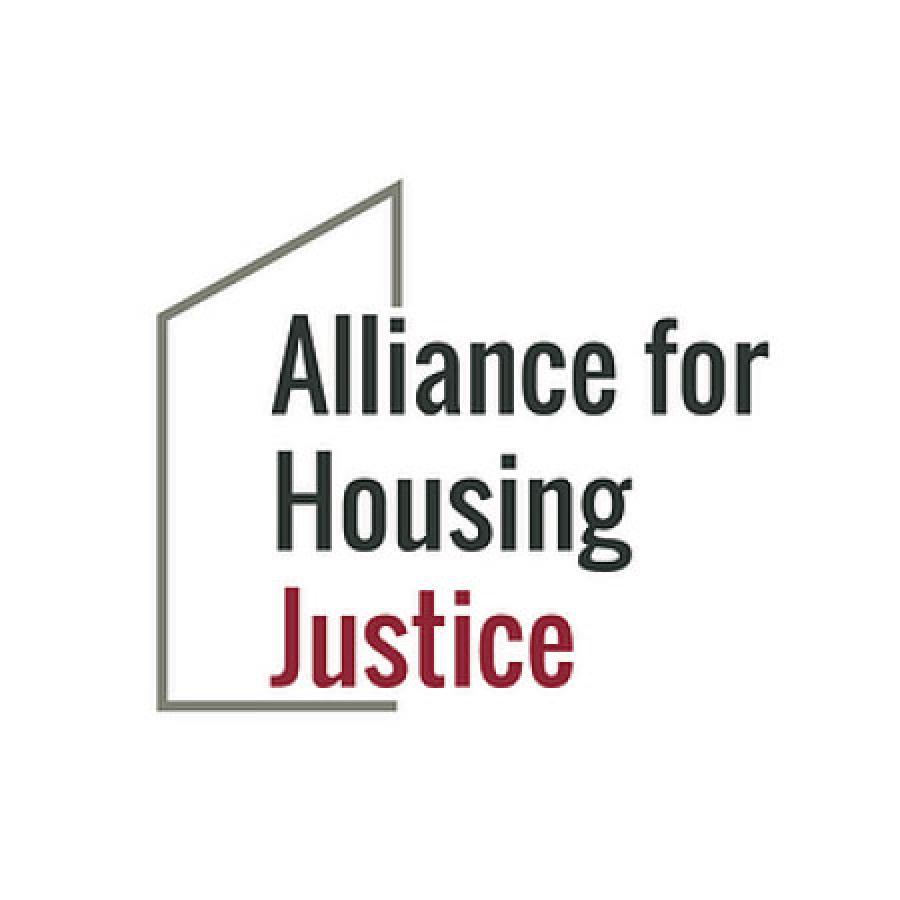 In response to COVID-19, the federal government has committed over $6 trillion in bailouts, largely to corporate interests. As people struggle to make rent and mortgage payments, large real estate investment corporations are poised to swoop in and buy up hundreds of thousands of homes, evicting people in the process. We saw this before, after the 2008 foreclosure crisis, which wiped out millions of dollars of generational wealth, particularly in Black and Latinx communities. We cannot let this happen again.

Ithaca: On June 3, as a result of organizing by the Ithaca Tenants Union and local residents, Ithaca, NY passed a resolution calling on the New York Department of Health to grant its Mayor the authority to retroactively cancel rent for the three months preceding June 20; and the authority to require landlords to automatically extend leases, without increasing rent, during the state of emergency. A statewide executive order by the governor has suspended local powers during the emergency, requiring state approval of the above. The resolution also urges passage of a state-level bill to provide financial assistance for small landlords and homeowners, funded by increased penalties on banks that refuse mortgage deferrals, while using federal funds to give vouchers to landlords for lost revenue.

Minneapolis: In a victory for efforts to reclaim our homes and create permanently affordable housing, Land Bank Twin Cities, Inc., acquired five apartment buildings with the help of a zero-interest loan from the City of Minneapolis this May, and will resell these homes to the tenants, the 40 families of Sky WIthout Limits Cooperative, within two years.

New Orleans: On May 21, New Orleans’ City Council passed a resolution calling on the state governor and federal governments to cancel rent and mortgage payments, by putting a moratorium on payments and forbidding accumulation of debt or late fees due to nonpayment. New Orleans joins Denver’s City Council, Seattle’s City Council, and San Francisco’s Board of Supervisors, which have passed similar proclamations or resolutions urging state and federal action to cancel rent and mortgage payments.

San Francisco: On June 9, San Francisco passed an ordinance permanently prohibiting residential evictions for nonpayment of rent that became due during the eviction moratorium period. Under the ordinance, tenants will need to provide documentation that their failure to pay was due to COVID-related financial hardship. Documentation can include a sworn affidavit by tenant. The ordinance also bans landlords from charging late fees or interest associated with the missed payments. Tenants are still obligated to pay any accrued back rent that became due during the moratorium period, however, they can never be evicted for nonpayment of that back rent. Rather, the unpaid back rent becomes consumer debt which landlords can pursue through civil action. Further, the Board of Supervisors intends to create a Rent Resolution and Relief Fund by separate legislation to support landlords whose tenants missed rent payments.

New Jersey: In New Jersey, as a result of calls from tenants, homeowners, and housing justice organizations for a compassionate response to impacts of the COVID-19 pandemic on housing, on June 16, the state legislature’s Housing Committee approved a “People’s Bill” to keep people housed, which if passed would provide rent and mortgage suspension statewide. The bill would require mortgage companies to give impacted homeowners forbearance, and grant renters six months to repay each missed rent payment on a rolling basis. It would prohibit landlords and banks from negatively impacting the credit scores of renters and homeowners, based on late payments during the COVID-19 crisis. On June 30, the State Assembly approved the bill with bipartisan support, and advocacy and organizing continue to push for its passage by the State Senate and its signing into law by the governor.

Florida: In Florida, a state-wide alliance, the Florida Housing Justice Alliance, is calling on the governor to cancel all rents, mortgages, and small business lease payments for the duration of the emergency and 90 days after; ensure no one can ever be evicted for non-payment of rent during the state of emergency plus 90 days; take action to house people who are homeless; and to use government funds to provide direct assistance for renters’ and homeowners’ basic needs. In response to statewide organizing efforts, the governor has extended a moratorium on filing evictions and foreclosures through June 2.

Illinois: In Illinois, the COVID-19 Emergency and Economic Recovery Renter and Homeowner Protection Act has been introduced by Rep. Delia Ramirez and Sen. Robert Peters in the State legislature, to cancel rent and grant mortgage forbearance for 180 days. The Act would also establish a six-month eviction moratorium that includes filings; enact just cause eviction protections for the duration of the crisis across the state; require landlords accepts all sources of payment from renters including government and third party relief funds; prevent fees and penalties during the crisis; and add protections against discrimination by landlords. Take action to support its passage and lift Illinois’ ban on rent control.

Massachusetts: In Massachusetts, the efforts of housing justice organizations have resulted in a strong statewide moratorium on all non-essential evictions of tenants and small businesses for 120 days, or 45 days after the state of emergency ends; the law also bans late fees and foreclosures, and bars landlords from credit reporting if tenants can document failure to pay rent is due to financial impacts of COVID-19. Eviction notices, hearings, and sheriff enforcement are all halted.  Tenant and housing justice organizations continue to push for full rent cancellation to ensure all tenants are still protected from being evicted, once the moratorium is lifted.

Minnesota: In Minnesota, in response to statewide organizing efforts, the governor has issued an executive order to halt evictions for the duration of the crisis. Housing justice organizations continue to pressure for full rent cancellation, mortgage forbearance, a future free from debt, and increased public investment in permanently affordable and democratically controlled housing.

New York: Across New York, on May 1, over 17,000 tenants took collective action to not pay their rent. Nearly 2,000 tenants in 60 buildings went on rent strike with their tenant unions; and over 15,000 people who could not pay the rent joined the movement to not pay, together. The New York State legislature has introduced a bill to cancel rent and mortgages, as well as late fees. Rent cancellation would apply to both residential and commercial tenants. The housing movement is continuing to fight for universal cancellation of rent, mortgages, and utilities, as well as an end to corporate takeovers of our homes. To read more about the fight in New York, including the details of the demands, visit www.housingjusticeforall.org.

Affordable housing providers that have voluntarily canceled rent for their tenants: